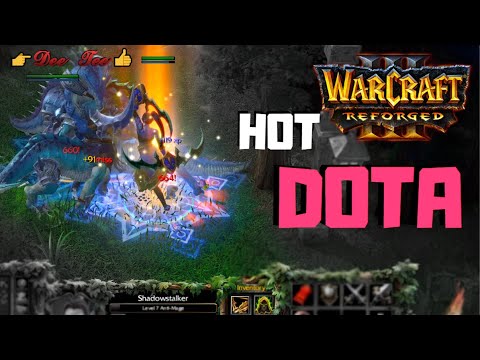 Defense of the Ancients:

Defense of the Ancients (DotA) is a multiplayer online battle arena (MOBA) mod for the video game Warcraft III: Reign of Chaos and its expansion, The Frozen Throne. The objective of the game is for each team to destroy their opponents’ Ancient, a heavily guarded structure at the opposing corner of the map, which is based on the “Aeon of Strife” map for StarCraft. Players use powerful units known as heroes, and are assisted by allied teammates and AI-controlled fighters. As in role-playing games, players level up their heroes and use gold to buy equipment during the mission.

About “Magina” (the Anti-Mage| Shadowstalker):

Anti-Mage is a fast melee agility hero with an emphasis on disrupting and killing high-mana enemies. He has notably high agility and low base attack time, giving him high damage and scaling with his basic attacks. His signature ability is Mana Break, a passive attack modifier that makes him a huge threat to mana-reliant heroes, mainly Intelligence-based casters.
——————
Download Warcraft 3 reforged free (Warcraft 3 reforged beta download):