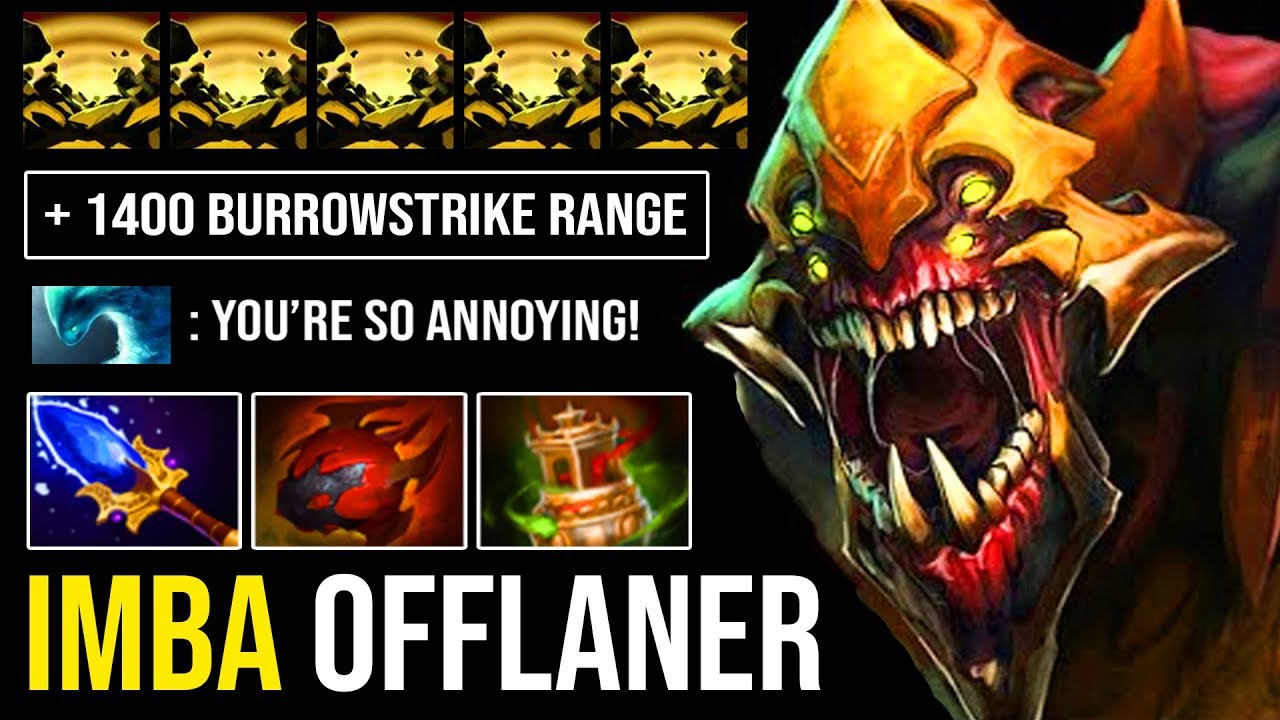 ►Hero: Crixalis, the Sand King, is a melee strength hero with one of the highest area of effect (AoE) damage outputs in the entire game. All four of his abilities can affect multiple enemy units, and can combo quite well with each other. He is one of the most versatile Heroes in the game as he can push, initiate, support, gank, and even semi-carry if he does well. Late game his effectiveness diminishes as none of his abilities scale, but he can still function to support carries with Burrowstrike and Epicenter’s slow. He is also versatile enough to be able to go to any lane with at least moderate success. He works well as a participant in a dual lane or trilane, but can also solo very effectively against melee enemies, since Caustic Finale discourages enemies from approaching the creeps. His main role in the team is to deliver a devastating initiation, delivering both stuns and slows to the enemy team. Crixalis is also very effective at escaping and dodging with two low cost, low cooldown abilities that disjoint projectiles and can escape enemy damage. Burrowstrike allows him to tunnel underground and resurface in a short line, dealing damage and stunning all targets it hits. Sand Storm is used as an escape mechanism and to do AoE damage. Caustic Finale serves as a strong harassing tool against enemy melee heroes or as a followup after he Burrowstrikes a creep wave, allowing him to farm quite effectively. Finally, his ultimate, after a short channeling time, delivers a vast amount of area of effect damage and slow centered around himself which necessitates a safe way to channel the ability like the purchase of a Blink Dagger.

Easily spam skill 2 and can avoid stun without cancelling it unlike before.